I am back from our surprise trip across the country and feeling a little less under water on all the things. Thank you for your patience. Today, I am pleased to introduce you to a new favorite character of mine (only a week and a half later than I was SUPPOSED to have it up, as I was supposed to be part of the blog tour release party for this story… *hangs head in shame*)

However… better late than never, right?

Today, I have the privilege of introducing you to an awesome character (he’s become a new favorite of mine over the past couple of weeks as I’ve been reading this delightful book).

Shichiro is on the slopes of a forested mountain, sitting at the foot of a tree as he waits for you to approach. A little stream meanders nearby. It’s the start of summer, in the beginnings of the rainy season, so the ground is soft and damp and the underbrush thick and green. The sky is beginning to cloud over and the smell of rain is in the air. There’s a bush growing next to the tree where Shichiro is sitting, and what appears to be the brim of a straw hat is poking out behind it.

I walk up to him and bow politely, taking a moment to study this young man. He seems to have the weight of the world on his shoulders. He is on the taller side of average, but not by much. His face is young and handsome, and his skin is somewhat roughened and tanned by years of wandering. His hair is a dark brown, caught up in a long topknot, and his eyes a warmer shade of brown to match. The smile on his face and the look in his eyes is bright and cheerful, if a tad wary and weary. He’s perhaps a bit leaner than most would consider healthy, and this shows most in the slightly gaunt hollows of his cheeks. His hakama and his sandals are splattered with mud, and the rest of his clothes are ill-fitting and extremely worn. They’re even crudely patched in some places, and the colors are dingy and greyish. He’s balancing his sheathed katana against his shoulder, and in contrast to his clothes, the sheath looks used but well-cared for.

“Shichiro, I presume? My name is Jenelle Schmidt and I am with the InterFiction Gazette. I was told you would be willing to answer a few questions. Can you please tell my readers something about yourself?”

Shichiro shrugs, rubbing the back of his neck. “Ah, well, as you wish, though I’m not particularly interesting. I’m a ronin—a wandering samurai without a clan or a master. I’ve been wandering for some time, even since I was fourteen… seven years ago now, I suppose. Funny how time flies like that. Anyway, in my wanderings I do what I can to help those in need, and keep an ear out for anything interesting going on in the Seven Kingdoms.”

I jot that down. “What is your a favorite memory from your childhood?”

Shichiro smirks. “That would have to be when my big brother first taught me how to use the sword. Isao was quite proud of his progress and decided to pass on his knowledge to me, and was rather put out when I picked it up even quicker than he did. He ran to mother complaining about how unfair it was, because he’s the older and therefore should be better at everything.” The ronin grins again. “He proved his superiority as the eldest by consistently beating me at wrestling later, but nothing can change the fact that I’m still better with a sword than he is.”

I have to laugh at this, though I see his eyes widen at my impolite outburst. I struggle to regain control and ask my next question: “Can you tell us how you happened to find this pagoda?”

Shichiro blinks before shifting nervously. “Well… it’s not a rather impressive story. I was forced to, uh… swiftly vacate the town at the foot of this mountain. Then I got lost, and wandered around for a bit in the rain until I stumbled across it. It’s a bit further up the mountain, settled in a cleft or a divot that helps shield it from sight.” He suddenly frowned thoughtfully. “I’m not sure why someone built a pagoda like that—out in the middle of nowhere. It’s rather out of the way of any trade routes. I wonder what it’s story is.”

I nod stoically, knowing that I shouldn’t tell him about his future… though I want to. “Will you please tell us a little bit about Hanako? You just met her and she lives up in that pagoda, right?”

The ronin tilts his head to the side, his face thoughtful. “About Princess Hanako-sama? She’s… strange. After all, why is a princess living at the top of an odd pagoda in the middle of nowhere?” Shichiro hums, trying to wrap his head around his thoughts. “She’s quite intelligent, but she’s also rather naïve, I think… and somewhat uneducated in practical things.” For a moment he pouted at the bit of straw hat poking out from behind a bush, but then he shrugged it off. “She’s also extremely generous and solicitous, even to such an unworthy one as I… and she has a very nice smile. It’s a shame she hides it so often.”

My badge starts to glow. If only I had more time! “Just one final question, if you don’t mind. If you could have one wish granted, what would it be and why?”

“One wish?” Shichiro shrugs uncomfortably. “I don’t really have a need for anything. But, I suppose… if I had one wish, I would wish to have my honor restored… and to go back home. That’s all.”

I bow politely. “I wish you well with that, Shichiro-sama. Thank you for answering my questions.”

The world around me fades and I can just make out his puzzled expression as he stares at my dissipating form before reality solidifies around me once again. 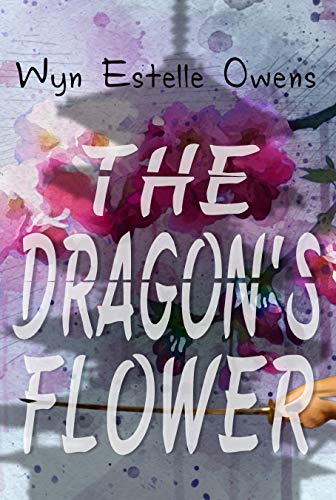 In the wilds of the mountainous country of Akiyama, there stands a pagoda. When Shichiro, an exiled, honorless samurai stumbles across it one rainy morning, he expects to find it empty and abandoned. He was not expecting to find a lonely princess with near-mythical blue eyes dwelling in the top floors.
Hanako has dwelt alone for all her life, with only her two silent handmaidens and the countless dragon effigies on her walls to keep her company; her only knowledge of the outside world gained from the books and scrolls she reads. When the wandering ronin stumbles onto her haven, she gains her first friend, never knowing how deeply this chance meeting would affect her.

The threads of fate have tied these two together, and all the while turmoil boils in the midst of the Seven Countries of Azuma-no-Kuni. Rumors of alliances and armies sprout up, and whispers of the long-lost Imperial Line returning at last. Old prophecies ripen at last, and old myths prepare to show themselves once again in the hour of need. Amongst it all stand two new allies—an isolated princess and a near-friendless ronin, as the wheels of fate and destiny circle them and draw ever closer. Will peace at last return to the fractured realms, or will remnants of the once great Empire splinter beyond all redemption?

Wyn Estelle Owens is the penname of a young woman who’s still figuring out what this whole ‘adult’ thing is all about. She lives in a big, old house in Maryland by a Hundred Acre Wood (dubbed Neldoreth) with her parents, three occasionally obnoxious brothers, her dog Jackie, and her rabbit Joker. She is fond of reading, writing, drawing, speaking in dead or imaginary languages, playing videogames, quoting classic or obscure literature, being randomly dramatic, and generally making things out of yarn. Her dream is to write stories that inspire people to chase after the wonderful world of storytelling. Her favorite all-time authors are Anne Elisabeth Stengl, Christa Kinde, and above all, J.R.R. Tolkien, who first inspired her to pursuing novel writing when she read the Hobbit at the age of seven. Find her online at: Goodreads || Facebook

Interesting, I have a Japanese fantasy manuscript in the works too. I hope things go well for Owens.

Oooh! I’d love to hear more about it!

Interview with a Ronin Interesting!