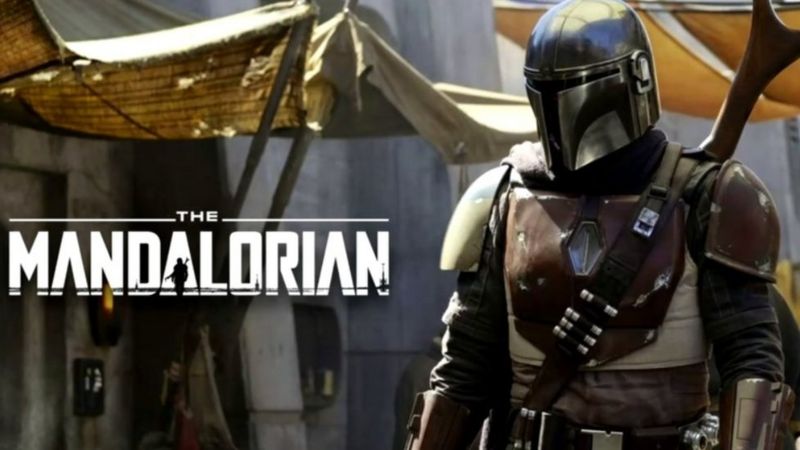 My spoiler-free reaction to watching the first episode of The Mandalorian last night:

To start off, can I just be honest? I hadn’t really paid much attention to the rumblings about this show. I knew we’d watch it eventually, we watch all the Star Wars things. But I didn’t watch any trailers, I didn’t do any research, and until yesterday evening I thought the show was a cartoon like Clone Wars or Rebels…. so… clearly I was up on all the happenings. sarcasm

Also, Mandalorian lore is not my wheelhouse. I think they’re cool and I liked learning more about them in Star Wars Rebels… but they didn’t feature heavily in any of the EU books I read, so I am not an expert on them.

In the tradition of the Original Trilogy, the show actually starts kind of slowly. There are a few moments of tension and some action at the beginning, but mostly, it’s a slow unfurling of where you’re at in the galaxy. There is little dialogue throughout the entire show, and the Mandalorian never takes off his helmet.

Aside: Can we take a moment to talk about the helmet thing? I’ve seen some people complaining about not being able to relate to a character without seeing their face. But here’s the thing. Star Wars has already proven over and over that we can relate to and care about characters without seeing their faces. If we can feel an attachment to droids like R2-D2 and BB-8 and puppets like Yoda and care about what happens to a Clone Trooper or love Boba Fett even though he’s only  in the movies for like 12 minutes, or feel a thrill of fear and despair at the appearance of Darth Vader, then we clearly have no need to see a human face (or any face at all) in order to connect with a character.

Honestly, IMO the only major mistake George Lucas made with the OT was taking off Darth Vader’s helmet.

However, none of these things is a problem.

Because the show, with very little exposition, gently draws the viewer in, inviting them to explore this as-yet-unexplored region of this galaxy far, far away and get to know this stoic character whose face we never get to see. With expert care, the show gives you a glimpse of the Mandalorian’s backstory and it is compelling. With very little script, we are brought to the conclusion that this guy is well-known and good at what he does. With subtlety, we get some moments of humor that assure us he is not a robot. And with one moment of striking poignancy, we see that he is as human as the rest of us, and far more than just a cold, calculating bounty hunter.

This was the most fun I’ve had watching anything Live Action Star Wars since Rogue One. It was everything the new trilogy should have been…. and wasn’t. I, for one, am looking forward to continuing the story next week.

I’m happily giving this pilot episode 5 out of 5 dragon eggs. Here’s hoping the show continues to impress me!