Our summer school is winding down to a close and I’ve just got a few more posts for you before we wrap up. Today, I am delighted to introduce you to J.M. Stengl, who has authored multiple books both through a traditional publisher and more recently as an indie author. (Her Faraway Castle series is one of my recent favorites, which I highly recommend). She’s here to talk about some of the major differences she’s experienced between the two forms of publishing, so without further ado, I shall turn the mic over to her!

Jenelle suggested I might share my experiences as a former traditionally-published author and current indie author, pointing out what I see as the pros and cons of each publishing path. So here you go. If any of this is useful to any of you, I’m happy!

My “beginner” story: My first published book was a 50K-word contemporary Christian romance for Heartsong Presents, a line of subscription books (which launched the careers of Tracie Peterson, DiAnn Mills, Kim Vogel Sawyer, and Colleen Coble, among others!). I wrote my story “to market,” sold the complete, un-agented manuscript outright in 1995, and readers were pleased! So, I continued writing for Barbour Publishing until 2008, and most of those subsequent books and novellas were under modest royalty contracts. Some earned out my advance, some didn’t. I never did bother to seek an agent. One of my short romance novels (a reimagining of The Scarlet Pimpernel set in NYC during the American Revolution) won two major awards . . . but soon after that success, I burned out. I finished my contracted stories, then mostly disappeared from the publishing world, considered myself a has-been, and focused on editing for other writers. Now, just so’s you know, I still receive royalty checks on reprints of my old stories, and I am forever grateful to the people at Barbour. Nothing I say in this post reflects badly on them in any possible way!

Fast-forward to January 2017: My daughter, planning to indie publish her own work under a pen name, needed a guinea pig to test the marketing techniques she had been learning. So, together we brainstormed a fairy-tale series idea, and the following year we launched the Faraway Castle series—her guinea pig. Although we publish my books through her Rooglewood Press, and sharing my daughter’s well-known surname gave me a marketing boost for that first launch, the majority of my core readers have discovered my series through advertising and word-of-mouth. Although it is not quite as market-targeted as it could be, the series is having steady success, and I am bringing in some nice supplemental income. I’m also making some good friends among my fellow indie fairy-tale authors!

Now you know my story, so onward to the question: What do I see as the advantages and disadvantages of indie and traditional publishing?

In an ideal circumstance, the publishing house provides professional editing to correct any and all writing errors, along with a gorgeous cover and beautiful interior design and formatting for ebook and print versions. It will also distribute print books to bookstores and plan a professional marketing campaign aimed at the book’s targeted reading audience. The author’s agent will negotiate a generous royalty percentage on sales with a sizable advance, along with a provision for return of rights in a reasonable time frame. The author gains the prestige and verification of signing a book contract with a “real” publishing house. If an author’s books connect with the market and sell big, a long and happy career will follow.

There are also smaller publishing houses willing to take on talented midlist authors, and many writers are pleased simply to have their stories published, satisfied with any advance and the hope of royalties in future, just as I was. Occasionally, a successful author from a small publishing house will be picked up by a major house, so the flow goes both ways.

Some fiction authors make a good living with their writing. Some get rich and famous! For most, the income is purely supplemental. The major traditional publishing houses are feeling the financial squeeze from a changing market, and they must cut costs to survive. Several in the Christian-book market have dropped their fiction lines altogether; others have trimmed them way back. Authors are responsible for more and more of their own marketing and editing. A canny, experienced agent is a must for any author, but getting one is no easy task. Many aspiring authors spend heavily on conferences, contests, and professional editing just to get an agent, any agent, to look at their proposal.

Major publishing houses are always on the hunt for another Big-Name author, which is where they make essential profit. Mid-list authors are feeling the crunch. If an author is lucky and talented enough to sign with an agent and get a contract from a major publishing house (which really is a big deal!), this author may get a nice advance on royalties and a big market-push for the first few books . . . but if sales are not spectacular, either the advance will shrink and the publisher will switch the big marketing push to the next hopeful Big Name . . . or there won’t be another contract. The publisher will retain rights to the disappointed author’s published books according to contract, and if these books ever earn out the author’s advance, royalties will begin to trickle in a few years down the line. Many books take years to earn out the advance. Some books never do.

The number of indie authors making six-figure annual incomes is staggering, and the market is still growing. Most indie authors won’t take on the research, investment, and labor needed to achieve that kind of success (I certainly haven’t!), yet many are making a steady living wage with their writing careers. Others make just enough to keep publishing books, working toward discovery and a possible breakout in the future (which I’ve seen happen!) Some successful indies even sign with major publishing houses.

Like the traditional market, the indie market is always changing, so what works for one author might flop for another. But the indie author can flex and try again! If something isn’t working, change it today! Do you have beautiful book covers but limp sales? Check out which books in your genre are selling hot, and hire one of their cover artists to create covers that will sell your books! Do your readers complain about your poor grammar or typos? Hire an editor. Your sales are dropping? Create a new ad or run a special sale! If a majority of readers pan your book, you can pull it off the market, do research and rewrites to fix the issues and appeal to your intended audience, maybe change the cover and title, and republish it. Or dump it and write something better. You, as author and publisher, can do what you like with your own books. And ideally you will always be growing, learning, and improving as a writer.

Indie books belong entirely to their author, who is free to manipulate them, repackage them, advertise them, and someday pass down the publishing rights to children . . . for perpetuity.

In traditional publishing, the house invests the money and takes the risks. In independent publishing, the investment and the risk are on the author. To achieve major financial success in the indie-publishing world, an author must not only produce a steady stream of market-focused books but also become an entrepreneur. Launching a serious indie writing career requires intensive research and networking, financial-planning and marketing savvy, and a chunk of money to invest. Oh, and plenty of books written to market.

So, there you have it—one mildly successful author’s observations on the publishing business. Keep in mind, the pros and cons are always a jumble—no two authors will have quite the same experience with either Traditional or Independent publishing.

I’m sure you can tell where my future publishing plans are directed . . . but if any of you intend to pursue traditional publishing, I say go for it! Many authors do succeed in traditional publishing and go on to have rewarding careers. One of my former editing clients recently signed with a highly regarded agent, and I’m waiting eagerly to hear about her first contract . . . 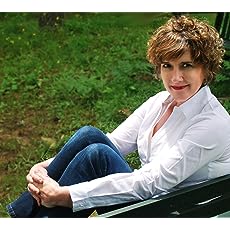 J.M. Stengl is a native of southern California who, after a whirlwind life as a military wife, now makes her home with her husband in North Carolina, where she serves at the beck and call of two purebred cats and one adorable granddaughter. Obsessions include all things animal rescue, fairy-tale romances, knowing the lyrics to the best songs from old musicals, and perfecting the perfect pastry crust.​

During her former career as a romance novelist, Stengl won both the Carol Award and RWA’s Inspirational Readers’ Choice Award. Now she prefers her novels to include a dash of magic along with the heart-melting romance.

Visit JM Stengl’s WEBSITE (and get a free novella by signing up for her newsletter!)

Oh wow, is the series over? I’ve enjoyed it so much!

Not quite! I have a few more posts scheduled. Though I’m on vacation this weekend and will probably not have a new post this Monday.

Interesting and informative thoughts, Jill. Thank you for sharing with us!